There are three types of bipolar disorder. All three types involve clear changes in mood, energy, and activity levels.

These moods range from periods of extremely “up,” elated, irritable, or energized behavior (known as manic episodes) to very “down,” sad, indifferent, or hopeless periods (known as depressive episodes). Less severe manic periods are known as hypomanic episodes.

Bipolar I Disorder — defined by manic episodes that last at least 7 days, or by manic symptoms that are so severe that the person needs immediate hospital care.

Usually, depressive episodes occur as well, typically lasting at least 2 weeks. Episodes of depression with mixed features (having depressive symptoms and manic symptoms at the same time) are also possible.

Bipolar II Disorder — defined by a pattern of depressive episodes and hypomanic episodes, but not the full-blown manic episodes that are typical of Bipolar I Disorder.

Cyclothymic Disorder (also called Cyclothymia) — defined by periods of hypomanic symptoms as well as periods of depressive symptoms lasting for at least 2 years (1 year in children and adolescents).

However, the symptoms do not meet the diagnostic requirements for a hypomanic episode and a depressive episode.

Sometimes a person might experience symptoms of bipolar disorder that do not match the three categories listed above, which is referred to as “other specified and unspecified bipolar and related disorders.”

Bipolar disorder can also first appear during a woman’s pregnancy or following childbirth. Although the symptoms may vary over time, bipolar disorder usually requires lifelong treatment.

Following a prescribed treatment plan can help people manage their symptoms and improve their quality of life.

These distinct periods are called “mood episodes.” Mood episodes are very different from the moods and behaviors that are typical for the person. During an episode, the symptoms last every day for most of the day. Episodes may also last for longer periods, such as several days or weeks.

Please use horizontal scroll to see the table completely in mobile.

During a hypomanic episode, a person may feel very good, be able to get things done, and keep up with day-to-day life. The person may not feel that anything is wrong, but family and friends may recognize the changes in mood or activity levels as possible bipolar disorder.

Without proper treatment, people with hypomania can develop severe mania or depression.

Proper diagnosis and treatment can help people with bipolar disorder lead healthy and active lives. Talking with a doctor or other licensed health care provider is the first step.

The health care provider can complete a physical exam and order necessary medical tests to rule out other conditions.

People with bipolar disorder are more likely to seek help when they are depressed than when they are experiencing mania or hypomania.

Taking a careful medical history is essential to ensure that bipolar disorder is not mistaken for major depression. This is especially important when treating an initial episode of depression as antidepressant medications can trigger a manic episode in people who have an increased chance of having bipolar disorder.

Bipolar Disorder and Other Conditions

Some bipolar disorder symptoms are similar to those of other illnesses, which can make it challenging for a health care provider to make a diagnosis. In addition, many people may have bipolar disorder along with another mental disorder or condition, such as an anxiety disorder, substance use disorder, or an eating disorder.

People with bipolar disorder have an increased chance of having thyroid disease, migraine headaches, heart disease, diabetes, obesity, and other physical illnesses.

People having psychotic symptoms during a manic episode may have the unrealistic belief that they are famous, have a lot of money, or have special powers.

People having psychotic symptoms during a depressive episode may falsely believe they are financially ruined and penniless, have committed a crime, or have an unrecognized serious illness.

As a result, people with bipolar disorder who also have psychotic symptoms are sometimes incorrectly diagnosed with schizophrenia. When people have symptoms of bipolar disorder and also experience periods of psychosis that are separate from mood episodes, the appropriate diagnosis may be schizoaffective disorder.

Anxiety: It is common for people with bipolar disorder to also have an anxiety disorder.

Attention-Deficit Hyperactivity Disorder (ADHD): It is common for people with bipolar disorder to also have ADHD.

Misuse of Drugs or Alcohol: People with bipolar disorder may misuse alcohol or drugs and engage in other high-risk behaviors at times of impaired judgment during manic episodes.

Although the negative effects of alcohol use or drug use may be most evident to family, friends, and health care providers, it is important to recognize the presence of an associated mental disorder.

Eating Disorders: In some cases, people with bipolar disorder also have an eating disorder, such as binge eating or bulimia.

Researchers are studying the possible causes of bipolar disorder. Most agree that there is no single cause and it is likely that many factors contribute to a person’s chance of having the illness.

Learning more about these differences may help scientists understand bipolar disorder and determine which treatments will work best.

At this time, health care providers base the diagnosis and treatment plan on a person’s symptoms and history, rather than brain imaging or other diagnostic tests.

Many genes are involved, and no one gene can cause the disorder. Learning more about how genes play a role in bipolar disorder may help researchers develop new treatments.

Treatment can help many people, including those with the most severe forms of bipolar disorder. An effective treatment plan usually includes a combination of medication and psychotherapy, also called “talk therapy.”

Bipolar disorder is a lifelong illness. Episodes of mania and depression typically come back over time. Between episodes, many people with bipolar disorder are free of mood changes, but some people may have lingering symptoms. Long-term, continuous treatment can help people manage these symptoms.

Certain medications can help manage symptoms of bipolar disorder. Some people may need to try several different medications and work with their health care provider before finding medications that work best.

Remember that medication for bipolar disorder must be taken consistently, as prescribed, even when one is feeling well.

Psychotherapy, also called “talk therapy,” can be an effective part of the treatment plan for people with bipolar disorder. Psychotherapy is a term for a variety of treatment techniques that aim to help a person identify and change troubling emotions, thoughts, and behaviors.

It can provide support, education, and guidance to people with bipolar disorder and their families. Treatment may include therapies such as cognitive-behavioral therapy (CBT) and psychoeducation, which are used to treat a variety of conditions.

Treatment may also include newer therapies designed specifically for the treatment of the bipolar disorder, including interpersonal and social rhythm therapy (IPSRT) and family-focused therapy.

Determining whether intensive psychotherapeutic intervention at the earliest stages of bipolar disorder can prevent or limit its full-blown onset is an important area of ongoing research.

Some people may find other treatments helpful in managing their bipolar symptoms, including:

Electroconvulsive Therapy (ECT): ECT is a brain stimulation procedure that can help people get relief from severe symptoms of bipolar disorder. With modern ECT, a person usually goes through a series of treatment sessions over several weeks.

ECT is delivered under general anesthesia and is safe. It can be effective in treating severe depressive and manic episodes, which occur most often when medication and psychotherapy are not effective or are not safe for a particular patient.

ECT can also be effective when a rapid response is needed, as in the case of suicide risk or catatonia (a state of unresponsiveness).

More research is needed to determine the effects of other treatments, including:

Transcranial magnetic stimulation (TMS): TMS is a newer approach to brain stimulation that uses magnetic waves. It is delivered to an awake patient most days for 1 month.

Research shows that TMS is helpful for many people with various subtypes of depression, but its role in the treatment of the bipolar disorder is still under study.

Supplements: Although there are reports that some supplements and herbs may help, not enough research has been conducted to fully understand how these supplements may affect people with bipolar disorder.

It is important for a health care provider to know about all prescription drugs, over-the-counter medications, and supplements a patient is taking. Certain medications and supplements taken together may cause unwanted or dangerous effects.

If you need urgent help, contact us now for free advice.

What We Treat and How We Treat 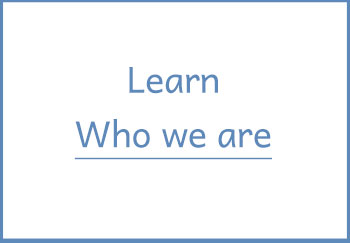